Being a director does not, of itself, make that person an employee of the company. A directorship is an office, not necessarily an employment. If, however, the company enters into a service contract with the director, the terms of which make the director an employee under the usual common law test, then the director becomes an employee. Many company directors are in this position. In these circumstances, relevant aspects of employment law (including statutory protection as to unfair dismissal and redundancy) apply in addition to the law relating to directors.

Subject to the company's articles, the board has power (as part of its general powers of management) to award service contracts to directors and others. Like all directors' powers, granting a service contract must be done bona fide for the benefit of the company. Bothe the Model Articles and Table A contain relevant provisions. Note, however, that CA 2006, sec188 requires any fixed term contract (which cannot be terminated by notice) to be approved by an ordinary resolution in general meeting.

14. (1) If a proposed decision of the directors is concerned with an actual or proposed transaction or arrangement with the company in which a director is interested, that director is not to be counted as participating in the decision-making process for quorum or voting purposes.

(2) But if paragraph (3) applies, a director who is interested in an actual or proposed transaction or arrangement with the company is to be counted as participating in the decision-making process for quorum and voting purposes.

(3) This paragraph applies when-
(a) the company by ordinary resolution disapplies the provision of the articles which would otherwise prevent a director from being counted as participating in the decision-making process;
(b) the director's interest cannot reasonably be regarded as likely to give rise to a conflict of interest; or
(c) the director's conflict of interest arises from a permitted cause.

Relevant Table A provisions are:

Directors' appointments and interests
84. Subject to the provisions of the Act, the directors may appoint one or more of their number to the office of managing director or to any other executive office under the company and may enter into an agreement or arrangement with any director for his employment by the company or for the provision by him of any services outside the scope of the ordinary duties of a director. Any such appointment, agreement or arrangement may be made upon such terms as the directors determine and they may remunerate any such director for his services as they think fit. Any appointment of a director to an executive office shall terminate if he ceases to be a director but without prejudice to any claim to damages for breach of the contract of service between the director and the company. A managing director and a director holding any other executive office shall not be subject to retirement by rotation.

Directors' gratuities and pensions
87. The directors may provide benefits, whether by the payment of gratuities or pensions or by insurance or otherwise, for any director whom has held but no longer holds any executive office or employment with the company or with any body corporate which is or has been a subsidiary of the company or a predecessor in business of the company or of any such subsidiary, and for any member of his family (including a spouse and a former spouse) or any person who is or was dependent on him, and may (as well before as after he ceases to hold such office or employment) contribute to any fund and pay premiums for the purchase or provision of any such benefit.

Conflict of interests
97. Where proposals are under consideration concerning the appointment of two or more directors to offices or employments with the company or any body corporate in which the company is interested the proposals may be divided and considered in relation to each directors separately and (provided he is not for another reason precluded from voting) each of the directors concerned shall be entitled to vote and be counted in the quorum in respect of each resolution except that concerning his own appointment. 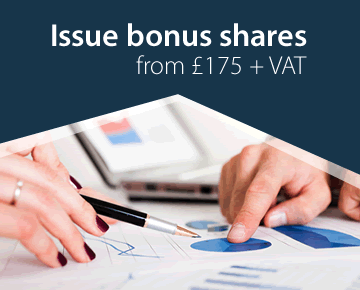