Company Law Solutions provides an expert service for the allotment and issue of shares.

Allotment and issue of shares

The terms "allotting shares" and "issuing shares" are often used interchangeably. In some cases, particularly when shares are created by a public company, there may be a difference. Share allotment, strictly, is the allocation of the right to certain shares to particular applicants for them. Such "allottees" may be sent allotment letters (which may be renounceable in favour of others), and the actual issue of the shares occurs later. In most private companies allotment and issue will be the same process. A company may allot shares when it is first set up or at any time during its lifetime in order to raise share capital and/or introduce new shareholders.

Issuing shares is a more complex procedure than many would expect. There is far more to it than just filling in a form and sending it to Companies House. The following rules apply to the allotment and issue of shares in England and Wales, Scotland and Northern Ireland. All the following matters may require attention:

(No longer a legal requirement but still applicable to many companies)
Companies are no longer required to state their authorised share capital and this is a concept that is becoming obsolete. Any company registered before 1.10.2009, however, will have an authorised share capital provision in its memorandum of association, unless this has subsequently been removed. Such a company may issue shares only up to the amount of its authorised (also called "nominal") capital (the figure stated in the capital clause of the memorandum of association). If there is not sufficient authorised capital available, it will be necessary for the company to amend the articles. (See related topic: Authorised capital).

Statutory restrictions on the directors' powers

At common law the issued of shares was a matter of management and so, subject to any restrictions in the company's articles, a matter for the directors to decide. There were examples of abuse by directors in the exercise of these powers, and statutory restrictions have been placed on them:

If the company has only one class of shares, the directors have authority to allot shares of that class unless there is a restriction in the company's articles (sec550, CA 2006).
If the company has more than one class of shares, the directors need to be authorised by either a provision in the company's articles or by a special resolution (sec551, CA 2006).
Such authorisation must state the maximum amount of shares that can be allotted, and must limit the time during which the authorisation is valid, which cannot be more than 5 years. It may impose conditions such as specifying the share price, the purpose of the allotment or the identity of the allottees.

Pre-emptive rights are where existing shareholders have a right to take up any shares being issued in proportion to their existing shareholdings. Such rights can be an important protection to shareholders, particularly minority shareholders, to prevent their holdings (and particularly their voting and dividend rights) from being diluted. On the other hand, complying with the pre-emption provisions, or excluding them from a particular allotment, will be a necessary legal procedure to follow before issuing shares to, say, an incoming investor or director.

Pre-emptive rights can arise from:

The statutory pre-emptive rights do not apply to:

And they can be excluded by:

The shares could also be offered to the members who then waive their rights to them by means of a waiver letter.

Company Law Solutions can advise and prepare the documentation required.

Shares are allotted by the directors

Having attended to the above matters, the board should resolve to allot the shares, stating the number and class of shares, the allottees, the price paid, when and whether for cash or other assets. As with all other decisions of the directors, minutes must be taken and kept for ten years.

The registration requirements (traditionally attended to by the company secretary, though many private companies no longer have such an officer) are: 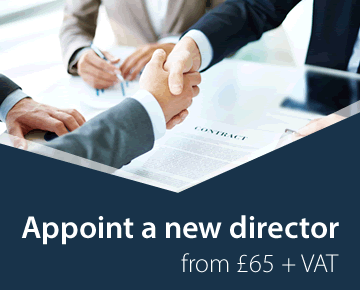