The Community Interest Company (or CIC) is a relatively new type of company established by the Companies (Audit, Investigations and Community Enterprise) Act 2004 and regulated by The Community Interest Company Regulations 2005. The CIC model is designed to provide an effective legal form for enterprises which aim to provide benefit to the community or to trade with a “social purpose,” rather than to make a profit.

While social or community enterprises may elect to become charities, in many cases this is not possible, and in others it may not be desirable. CICs therefore occupy an important position in company law – they are a means of making clear that the intention of an enterprise is to provide community benefit, while also conferring many of the advantages commonly associated with a limited company.

A CIC may be limited by shares or by guarantee. Most are limited by guarantee. CICs limited by shares are subject to a dividend cap (explained in further detail below). This is a means of making sure that, while investment can be generated through issuing shares, the CIC model cannot be exploited for personal gain. In this way, the CIC can reassure the public that the motives behind it are genuine, while still maintaining an effective means of attracting financial support.

Most notably, CICs are not subject to the more onerous regulations and limitations which apply to charities. In particular, they can be trading enterprises benefiting from the advantages of limited liability and (if limited by shares) can issue shares and pay dividends. This provides relative freedom for the day-to-day running of the CIC, provided that the relevant caps and regulations are adhered to.

All CICs are subject to a number of important legislative provisions, many of which are set out in the Regulations. In particular, they must submit a Community Interest Statement and an annual Community Interest Report, and must also be subject to an “asset lock” – a provision written into the CIC’s articles of association which acts as a means of making sure that any assets are retained by the CIC and not transferred away from it. As a limited company, a CIC must also comply with the requirements of company law in general, and accordingly must file annual accounts and returns at Companies House in addition to its responsibilities to the Regulator.

Accordingly, a CIC must be registered both with Companies House and the CIC Regulator. A CIC can be any type of company – even a PLC – although in practice, most are companies limited by guarantee. As well as presiding over the registration process, the CIC Regulator has a continuing monitoring and enforcement role.

Why incorporate a CIC?

CICs are designed specifically so that an individual, or a group of individuals, can set up a limited company in order to benefit the community. The philanthropic nature of such enterprises may make them appear similar to charities; however, there are several key differences which render CICs unique and which can often serve to make them a more attractive proposition.

Most notably, CICs are not subject to the onerous regulation that can be synonymous with registering and running a charity. They are able to have a much more commercial nature, and can also benefit from some of the advantages of limited companies (such as limited liability and the ability to issue shares and pay dividends). This provides relative freedom in terms of the day-to-day running of the CIC, provided that the relevant caps and regulations are adhered to.

It is also much easier for the directors of a CIC to derive remuneration from the enterprise than would be the case were they instead trustees of a charity, as the limitations on remuneration of trustees do not apply to CICs. Similarly, the Community Interest Test is wider in scope than the Public Benefit Test (the equivalent test for charities), and so registration as a CIC may be a more viable option to many organisations. A CIC can also be owned by a charity in the same manner as would apply to a Charitable Trading Company, meaning that a CIC can be used as the “trading arm” of a parent charity.

Can I convert an existing company to a CIC?

In most cases, the answer to this question is “yes”. The company would need to pass the relevant resolutions and obtain approval from the CIC Regulator via form CIC37. Charities may convert to CICs as well, provided that they have approval from the Charity Commission.

CICs can be seen as something of a hybrid between a charity and a commercial limited company, in that they exist to fulfil a quasi-charitable or community benefit while circumventing the problems commonly faced by charities as regards the securing of investment. However, the CIC does need to justify its status by declaring how it will be of benefit to the community. This is done through the submission of form CIC36, which contains the initial Community Interest Statement and is used to express the purposes of the company to the Regulator. As in the case of other companies with charitable purposes, an objects clause should also be included in the articles of association.

The Community Interest Statement should be drafted taking into consideration the purposes for which the company is set up, the range of activities which it will undertake in order to promote these purposes, and the sections of the community which the CIC is intended to benefit.

In addition to the initial Community Interest Statement, every CIC must file an annual Community Interest Report alongside its accounts. This is filed at Companies House and copied to the CIC Regulator, and as its name suggests, should assert what the CIC has done to benefit the community during the year. It also includes details concerning directors’ remuneration, dividends declared, and interest paid on any capped loans.

When a CIC is formed, it must express how it intends to benefit “the Community”. This term can be defined in several ways, but usually it refers to a distinct group of people, wider than the membership of the CIC itself, which the reasonable person might consider to be “a section of the community”. As such, “the Community” might refer to the residents of a particular town, or a social group such as “the elderly” or “people with special needs ”. However, a CIC may also have as its purpose a more general benefit to the community at large – hence “the preservation of the riverbank” or “the promotion and encouragement of sporting activities” may well be equally valid in fulfilling the Community Interest Test.

This is an essential feature of all CICs and is designed to make sure that the assets of the CIC are used exclusively for the benefit of the community. Any assets and profits (aside from those distributed in accordance with the rules on dividend capping) must be retained within the CIC and used solely for community benefit. The only bodies to which assets are allowed to be transferred are other “asset-locked bodies” – i.e. those organisations which already have an asset lock. This means that assets may be transferred to charities, or to other CICs. The asset lock must be referred to explicitly as a provision in the CIC’s articles of association.

In the case of a CIC existing as a company limited by shares, a ‘dividend cap’ must be put in place. The purpose of this is to ensure that a balance is achieved between providing an attractive investment opportunity (often essential in stimulating and maintaining the financial backing required to run the CIC) and making sure that the majority of the profits made are applied for the community benefit. The cap has two elements:

The maximum aggregate dividend limit is calculated with reference to the company’s profits: specifically, the aggregate dividend must not currently exceed 35% of the distributable profits of the CIC. The Regulator, in consultation with the Secretary of State, has the ability to change the terms of the dividend cap from time to time. This has already happened, when in October 2014 the 20% limit on dividends per share (calculable with reference to the paid-up value of a given share) was removed.

If a CIC does not use its entire dividend capacity in a given financial year, then any unused capacity can be carried forward up to five years subsequently.

There exist similar provisions which govern performance-related interest – i.e. in circumstances when interest payable on debts or debentures is linked to the performance of the CIC, the level of that interest is subject to a cap. For further information, please see the relevant section of The Regulator’s Information Pack.

We have registered many CICs and can provide a full and personalised package to meet your requirements. The CIC formation process can often be complicated, and our services are designed to make it as simple as possible to get the company up and running in the shortest practicable time. Our package includes registration with Companies House and the CIC Regulator, as well as any drafting that may be required. Please contact us if you would like to learn more or to obtain a quote. 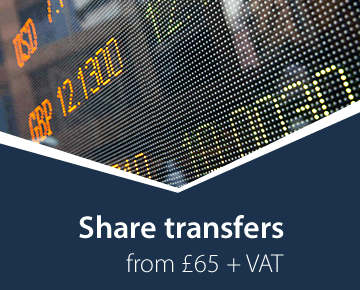